Simon headed up to Manchester to catch up with Jacqui Abbott and Paul Heaton on tour. It was the second time Simon had photographed the pair in the space of week having been at Parr Hall in Warrington at the beginning of the week.

This show was also to a sell out crowd,  just nearly four times more people! The O2 Apollo in Manchester was absolutely packed and there was a great atmosphere. The new songs were all well received and the Beautiful South songs, including Rotterdam, Perfect 10, Let Love Speak Up Itself and Old Red Eyes were all fantastically received and sang along to. The set also included some classic Housemartins including Sheep, Build and the finale of the set, Caravan Of Love.

The current tour is sponsored by the GMB Union. The banner behind the stage  bore the slogan “Paul and Jacqui say Britain needs a pay rise”. The stage was also adorned with various football memorabilia including scarfs, pennants and football shirts.

Support on the night came from Dry The River. 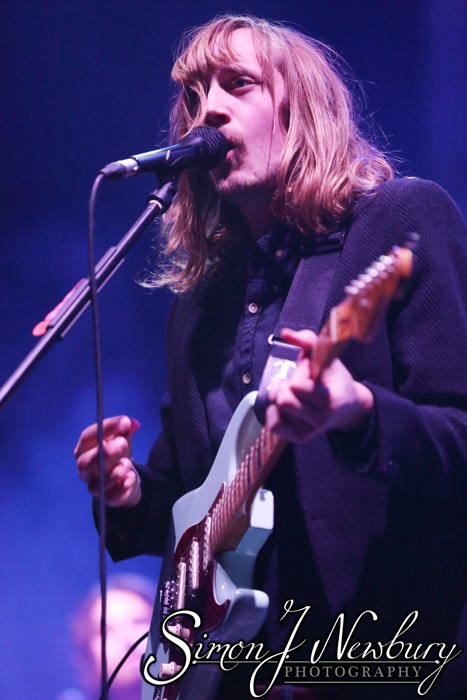 Dry The River at the O2 Apollo Manchester 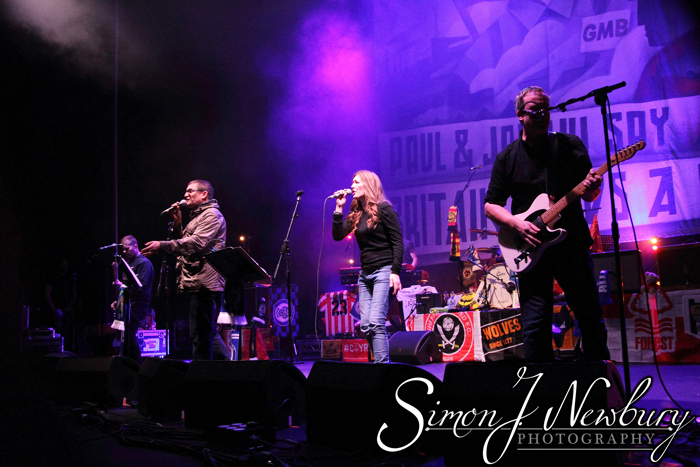 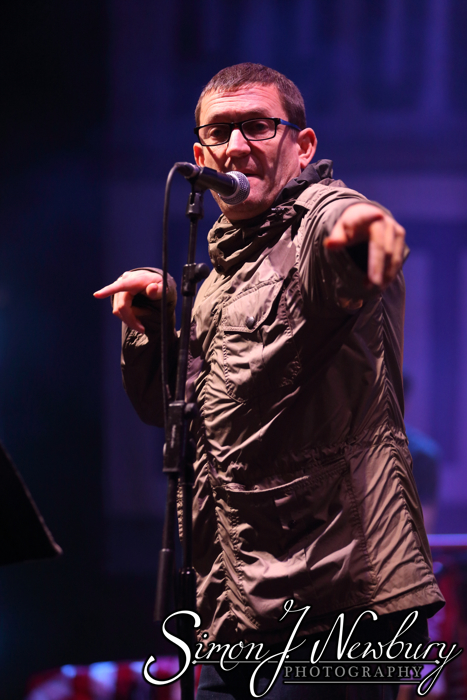 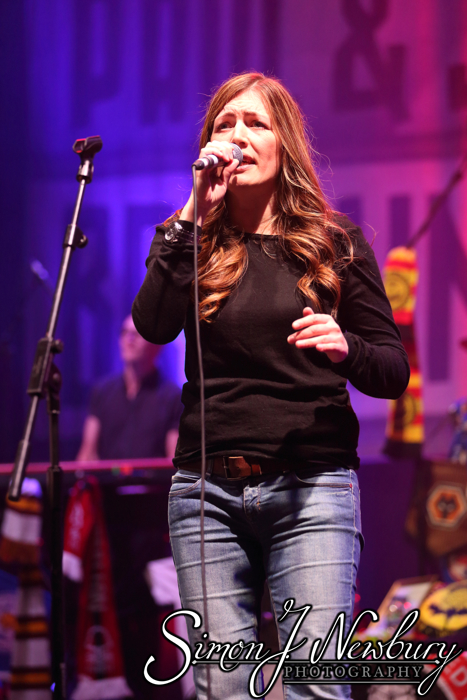