2011 has been an amazing year for Simon J. Newbury Photography. I’ve met and photographed so many amazing people! 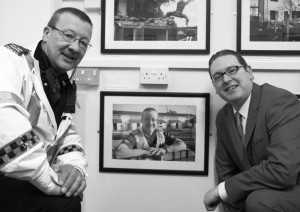 One of the most notable things of 2011 for me was the 2 major exhibitions I staged. The first was the conclusion of the massive documentary project I undertook with Wulvern and Cruden Construction documenting Phase One of the Regeneration (now award winning regeneration!).

The major exhibition was funded completely by Wulvern and ran for a week culminating in a huge VIP event and tour of the Sherborne Estate. I was very proud and honoured to have my images displayed and viewed by so many people. It was a fitting conclusion to the work I had done over the previous year. It remains the biggest project I have undertaken.

The second major exhibition was held throughout May at the Lyceum Theatre in Crewe. A very different project on display entitled ‘People’. This was an exhibition of my portraits including many famous names as well as some local people and even an anonymous gentleman photographed on the streets of Florence in Italy! 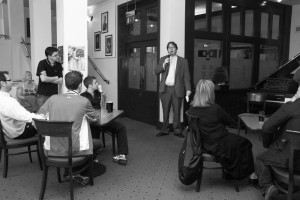 ‘People’ included some of portraits I had made previously from my portfolio such as James Toseland (who announced his retirement this year), Mark Morriss (The Bluetones), John Pienaar (BBC 5 Live), Ben Montague, Darius (before his appearance in Crewe), John Bramwell (I Am Kloot), Mat Horne (Gavin & Stacey), Jez Williams (Doves), Bez, Mark Chadwick (Levellers), Garry Christian (The Christians) and Lord Prescott. I also did some portraits especially for the exhibition. Nantwich Town Chairman Jon Gold and manager (and former Northern Ireland international) Jimmy Quinn, former Crewe Alex player Joel Grant (now with Wycombe Wanderers), Fiona Bruce MP, John Motson OBE and Simon ‘The Wizard’ Whitlock. The exhibition was a huge success and once again thank-you to everyone who attended during the month, everyone that left comments in the book, Tom Seals and Hayley Strangelove for performing at the VIP evening and Volume PR for the promotional work. Huge thanks to Nick Bayes for the professional hanging and display work!

I am pleased to say that the exhibition now exists as a permanent feature at the Brierly Centre in Crewe and at the Rising Sun Vaults around the corner from RedShift Radio on Earle Street.

Lots of people are familiar with my images appearing regularly in the local press. The Crewe & Nantwich Guardian, The Chronicle and the Sentinel have all borne my images this year and each has had my images on the front cover at some point. On a national level I have been published in two major publications this year. 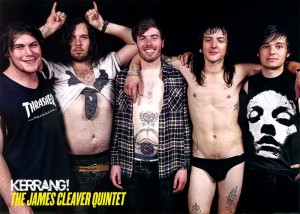 The first was a full page poster in Kerrang! which also included the image on the front cover. The images was a promo shot of The James Cleaver Quintet taken straight after their performance at th

e Box in Crewe. The other major publication was two images of Nantwich Town manager Jimmy Quinn featured in the December issue of Four Four Two magazine. One was the portrait featured in my exhibition and the other was a shot of Jimmy in action in a charity match at the Weaver Stadium.

Definitely one of my main highlights of the year was appearing on Granada Reports with Sharon Burrows of Hullabaloo Kids. Between us we have been pioneering an innovative package for mums-to-be entitled ‘Paint & Portrait’. Sharon, a professional face painter, paints a scene onto the baby bump and I produce some quality portraits of the pampered mum-to-be! Again with the help of Volume we landed ourselves in all the local press including a half page front cover photo in the Sentinel! Not long after we got a call from Granada Reports asking to do a feature! This lead to a film crew heading over to join us with a selection of mums and mums-to-be. Paul Crone and his team filmed Sharon doing her painting, and me making the portraits and interviewed us both about the package and the feature went out that night on ITV!