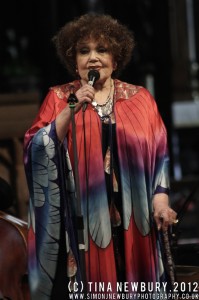 It’s certainly been a busy week for us here at Simon J. Newbury Photography. We were tasked with capturing the 16th Nantwich Jazz, Blues & Music Festival. A wonderful event spread across 15 venues and 5 days!

Tina and myself were out every day capturing

lots of the action around the town and the venues. One of my favourite bands were Spikedriver who appeared at the Crown Hotel Ballroom.

Tony Christie was amazing and it was great to actually meet the man and do a portrait of him in his dressing room!

Portrait of Tony Christie taken in his dressing room just before his performance at the Nantwich Civic Hall.

The jazz concerts at the churches were also really nice and the entire festival had lots of variety!

Tom Seals played all over the place and we were pleased to be able to get him photos with Tony Christie and Dame Cleo Laine. It was nice to see my photo of Tom on his roll-up banners around the town!

I managed to fit in two Nantwich Town matches as well.I travelled down to Stafford on the team bus on Monday before getting back to Nantwich in time for the final gig…

…The Beat at the Nantwich Civic Hall.

Since the festival I have also done another ‘Paint & Portrait’ with Sharon. I also visited Haslington Hall, where I am booked to photograph two weddings over the summer. I was meeting with Kim & Darren for the pre-wedding shoot which is a standard part of all my packages! The weather was kind and the daffodils were lovely!